According to regional reports, the Central Bank of Iran (CBI) is planning to allow licensed cryptocurrency mining as long as operations are charged for electricity based on the price of export. The CBI governor, Abdol Nasser Hemmati, explained that mined cryptocurrencies should flow back into the Iranian economy.

In December 2018, there were reports of miners stemming from China, Spain, Ukraine, Armenia, and France to mine bitcoin in the oil-rich nation of Iran. The Middle Eastern country has extremely cheap electricity rates, and in April there were even more stories of Chinese miners heading to Iran for extremely affordable electric prices at $0.006 per kilowatt-hour (KWh). Then, at the end of June, the spokesperson for Tavanir, an Iranian state-operated grid entity, said that electrical consumption had spiked by 7% in comparison to the previous year. Tavanir executive Mostafa Rajabi Mashhad further blamed illicit cryptocurrency mining operations for the country’s increased electrical consumption. Rajabi told the press that other Iranian provinces were having difficulties due to the mass electrical consumption and emphasized that “illegal bitcoin miners will be identified and their electricity will be cut.”

Following Rajabi’s statements, bitcoin miners defied his warning and Iranians shared pictures of a bitcoin mining mosque. The regional publication Iran Daily reported that there were roughly 100 unauthorized bitcoin mining sites located in various provinces. The Tabnak website claims 1,000 bitcoin mining machines were seized by Iranian law enforcement on June 28. “Two of these bitcoin farms have been identified, with a consumption of one megawatt,” a Tavanir official, Arash Navab, told state television. Bitcoin mining has become a very popular vehicle to escape sanctions across many provinces in Iran. “Everyone’s talking about Bitcoin and how to get it,” said Mahsa Alimardani, an Iranian native and researcher at the Oxford Internet Institute noted to regional reporters.

Then on July 10, Mohammad Sharqi, managing director of Iran Blockchain Association, told the local press that Chinese digital currency miners have asked Iranian officials to let them set up facilities in the country. Official discussions have been initiated and miners would like to operate in the Iranian free trade zones in Anzali, Kish Island, Qeshm Island, Chabahar, Arvand, and Aras. “The Chinese have made requests through official channels for cryptocurrency mining in the free zones,” Sharqi explained to the media. CBI’s deputy governor for new technologies, Nasser Hakimi, explained the same day that the local anti-money laundering authority had concerns with virtual currency trading. Sharqi thinks the stories of extreme electrical consumption have been exaggerated. Despite government warnings, according to an Iranian electrical industry spokesman, there are more than 148,000 machines in the country.

Central Bank of Iran Governor: ‘Bitcoin Mining Will Be Authorized if Miners Pay Export Prices for Electricity and Help Feed Funds Back Into the Iranian Economy’

Abdol Nasser Hemmati, the CBI governor, explained on July 10 that the government will authorize bitcoin mining in Iran even though Iranian bureaucrats have not finished regulating cryptocurrency trade. There are two caveats to the deal, Hemmati told the press, which will have to be followed strictly if mining operations are initiated in Iran. “Mining of the international digital currencies should be done based on the price of electricity for export,” Hemmati expounded. “What’s more important is that these mined currencies should be fed back to the national economic cycle,” the CBI governor added. Hemmati warned the CBI would not tolerate a cryptocurrency that affects the price of the Iranian rial or gold. Reports also detail that Iranian law enforcement have already started to bust operations using factories, mosques, and utility service areas that benefit from extremely cheap electricity rates. At the export rate that’s charged to neighboring countries, bitcoin miners would have to pay $0.07 to $0.10 per KWh. The news outlet Presstv reports that the utility service area rates in Iran can be as low as $0.05 per watt. Electricity prices in Iran can be even lower in places like greenhouses and mosques for $0.006 per KWh as long as mosque leaders don’t mind breaking fatwa against the use of their subsidized electricity.

Even at $0.13 per KWh, there are more than 40 SHA-256 machines that are still very profitable at today’s BTC prices. In some countries, electricity is higher or even double $0.13 per KWh so Iran’s power prices are quite affordable even with the export rate tacked on. Saeed Zarandi, the Iranian assistant minister of industry, trade and supply revealed to the press that the U.S. has been hindering Iran’s cryptocurrency progress.

Saeed Zarandi the Iranian assistant minister of industry, trade and supply explained that the U.S. and its newly imposed sanctions against Iran have curbed the country’s cryptocurrency progress. The U.S. and Iran have been in deep conflict over the last few weeks.

Zarandi said that the U.S. Congress under the Trump administration has been harsh toward the country. Iran and the U.S. have been at odds again lately as the country’s military shot down an American drone and told the press it was in Iran’s no-fly zone. The U.S. and President Donald Trump claim the aircraft was in international airspace and not in Iran’s territory. Since then many observers have been worried that the U.S. may spark a war with Iran or vice versa. Zarandi asserted that members of the U.S. Congress believe cryptocurrencies could be used in Iran to avoid sanctions.

The latest rules against an Iranian digital currency also follow the U.S. imposed sanctions against cryptocurrencies from Venezuela and more recently Cuba. Moreover, in November 2018 the American government convinced Swift to cut Iran off from the global financial system which pushed Iranian college students toward cryptocurrency to pay for books and online tuition. Furthermore, reports from regional news outlets in China claim that Iranian cryptocurrency miners have been scrambling to buy mining rigs from the mainland. With the CBI green-lighting bitcoin mining in the country, the inflow of funds could give Iran an edge over the imposed U.S. sanctions. With rules like the Blocking Iran Illicit Finance Act and major payment processors like Swift cutting Iranian banks off, the country may be forced to use a borderless currency.

What do you think about Iran’s central bank planning to approve authorized bitcoin mining in the country as long as miners pay export prices for electricity? Let us know what you think about this subject in the comments section below.

The post Miners Flock to Iran Where Bitcoin Mining Is Set to Be Sanctioned appeared first on Bitcoin News. 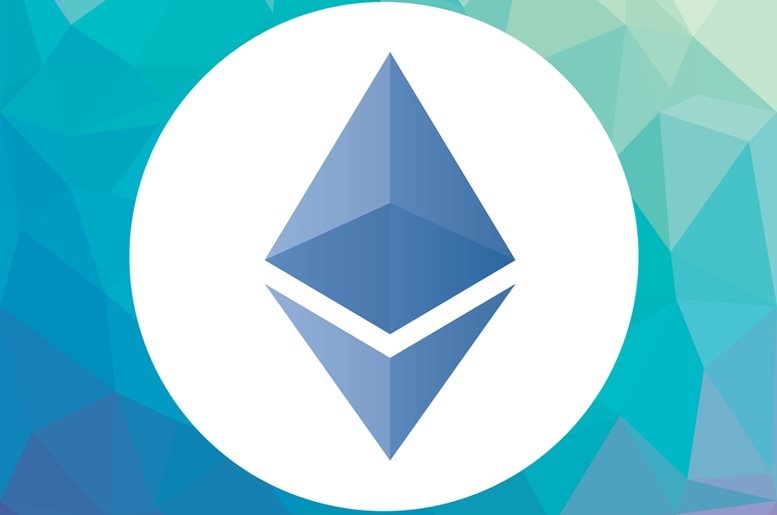 What is Ethereum? Many people are asking this question, but not many people have the answers – or at least, not answers that are comprehensible to the average reader. We’re going to simplify things and explain, step by step, what Ethereum is and how it works. If you’re new to the cryptocurrency world, don’t worry, we’re just going to cover the basics.

The first thing to establish about Ethereum is that it is a form of online currency – cryptocurrency. Users are transferring it from one place to another, and every transfer, transaction, and storage place …

According to a recent report, the United States Commodity Futures Trading Commission (CFTC) has made it known that a Federal Court in Texas has ordered two defendants to pay a fine of $360,000 for a carrying out a fraudulent scheme so as to relieve people of their Bitcoin (BTC). On 28th June, 2018, Judge Reed […]

Many people ask the question ‘What is Ethereum?’ but not many people have the answer – or at least, not the answer that is comprehensible to the average reader. We’re going to simplify and explain, step by step, what Ethereum is and how it works. If you’re new to the cryptocurrency world, you’re in the right place, we’re just going to cover the basics.

The first thing to establish about Ethereum is that it is a form of online currency – cryptocurrency. Users are transferring it from one place to another, and every … 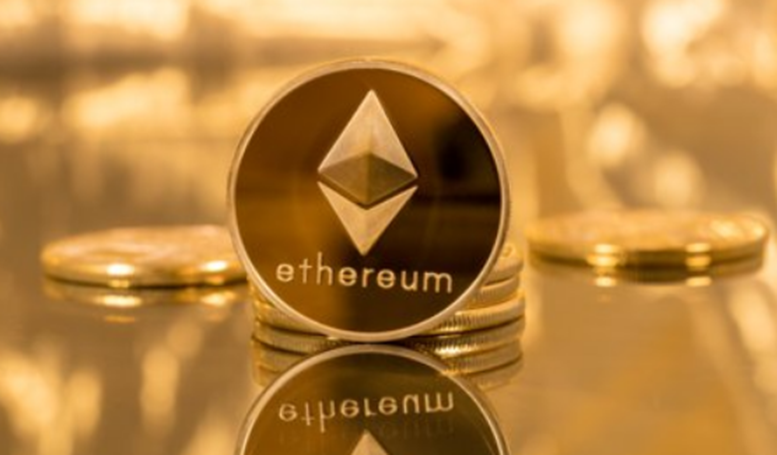 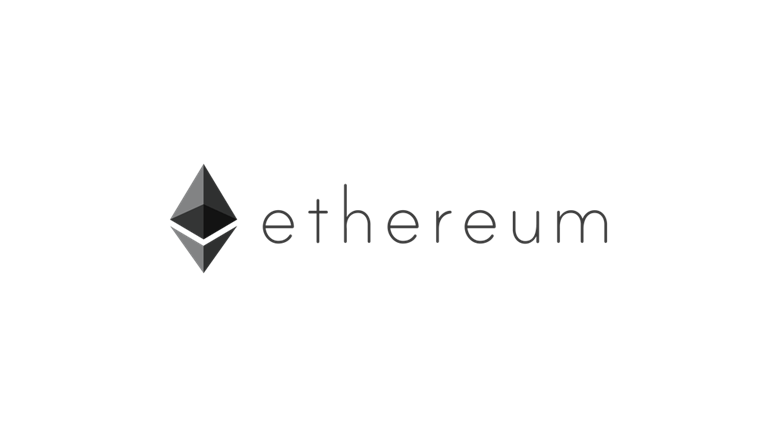 You’ve done your research, you feel confident about Ethereum and now you want to buy it. Except, you don’t know how. Well, you’ve come to the right place. Below, we’ll walk you through the steps on how to buy Ethereum and introduce you to some of the places where Ethereum is bought and sold.

How Do You Buy Ethereum?

We’ve outlined 5 easy steps below to help you along in your journey of buying Ethereum.

An online exchange is the only way to … 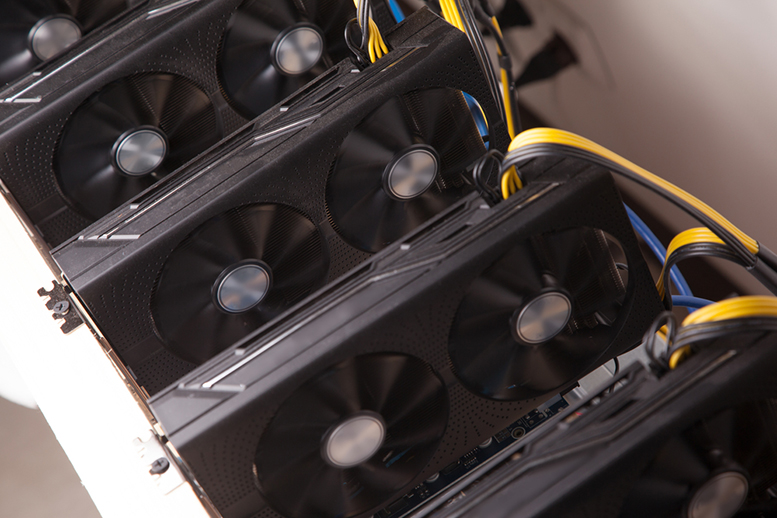 Ethereum is a decentralized blockchain. It makes use of Ether – a cryptocurrency which is empowered by this Blockchain technology. The self-executing nature of the computer algorithms around which applications are built eliminates human interference. Since its inception, Ether has been quite popular – the number of transactions using Ether was deemed to be twice of that of Bitcoin in 2017 (Bitcoin is the most popular cryptocurrency). A considerable reason for this is that Ether transactions tend to be confirmed quicker by the ethereum blockchain than Bitcoins do on its blockchain. Also, Ethereum can be used as a …

Welcome to WordPress. This is your first post. Edit or delete it, then start writing!